This castle is hard to miss as it is situated on a steep hilltop and can be clearly seen from both Haraki and Agathi Beaches. Drive to the foot of the hill, park your vehicle in the open area designated for parking and then walk up the footpath to the castle.

The ruined citadel of Feraklos is an imposing sight from afar, despite its dilapidated state. Sitting 150m high on a steep and very rocky hill, Feraklos was one of the best fortified of the fortresses of the Knights of St. John in the early 1300’s because its place on the eastern side of the island – opposite the coast of Asia Minor, as well as the knights’ easy access to familiar sea routes to the Near East and northern Africa – made it a great look-out post from where the enemy ships approaching the island could be closely monitored. Before the Knights’ arrival to Rhodes from Cyprus, the island had been temporarily seized by Arab pirates, who used the fortress as a stronghold for a number of years.

When the knights took over the Dodecanese, they ejected the pirates, strengthened the fortifications and transformed the many rooms of Feraklos Castle into prison cells.

The castle was used to incarcerate mostly prisoners-of-war but also some foreign merchants who were arrested in Rhodes for conducting illegal business.

From this vantage point, the knights were in a better position to resist the forces of the Ottoman Empire, and they were also able to sustain themselves while under siege for quite some time after the fall of Rhodes town in 1522.

In 1445 the castle came under attack by the Ottoman Turks, in one of their first attempts to gain entry into Rhodes, but they did not succeed. A second, and this time more determined attack was launched by Suleiman the Magnificent in 1523. After a long and hard battle, the castle was seized, the residents were slaughtered and Prince Murat of Turkey, who had been residing in the castle from where he was planning the overthrow of Suleiman, was captured and subsequently hanged, along with members of his family.

The castle was never occupied again after this siege, and residents in the surrounding settlements fled their homes until these villages eventually became ghost towns. One of these settlements was called Alia, which is the site of Haraki today.

The climb to the top of this historically-interesting castle is quite strenuous and, therefore, not for the faint-hearted. The terrain is rocky and very slippery, making it dangerous for the young and elderly. There is only one main entry point still remaining, and to get to it, you have to climb a short but uneven flight of steps. Once passed the entrance doorway, you will find yourself standing inside the inner ward, the living quarters of the knights and also the place where all domestic and administrative activities took place.

Today, it is a sad picture of neglect, overgrown by wild vegetation and shrubbery. Nearby is a very old water reservoir that once provided water to the residents of the surrounding settlements. More fascinating than anything else, however, must surely be the underground secret tunnels, which once lead all the way down to the sea. 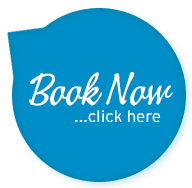